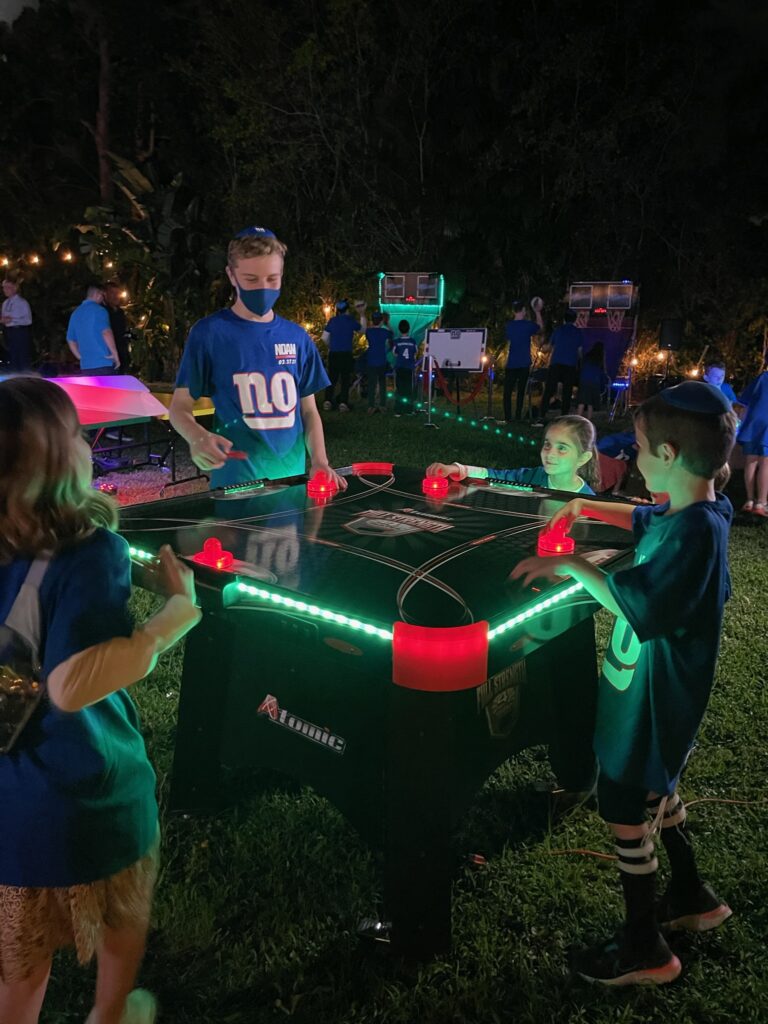 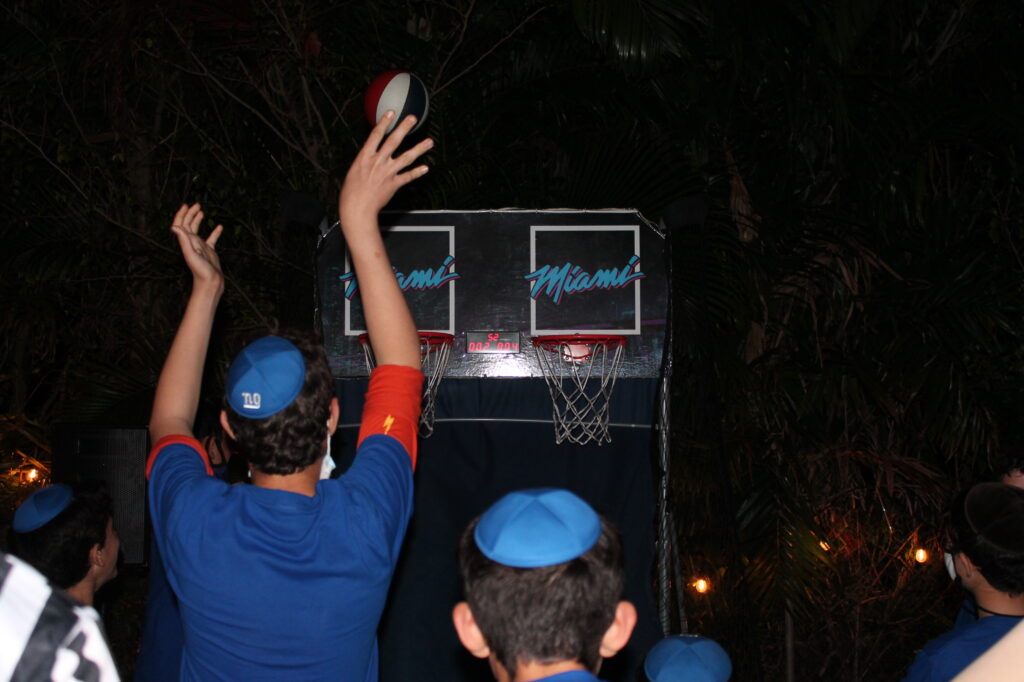 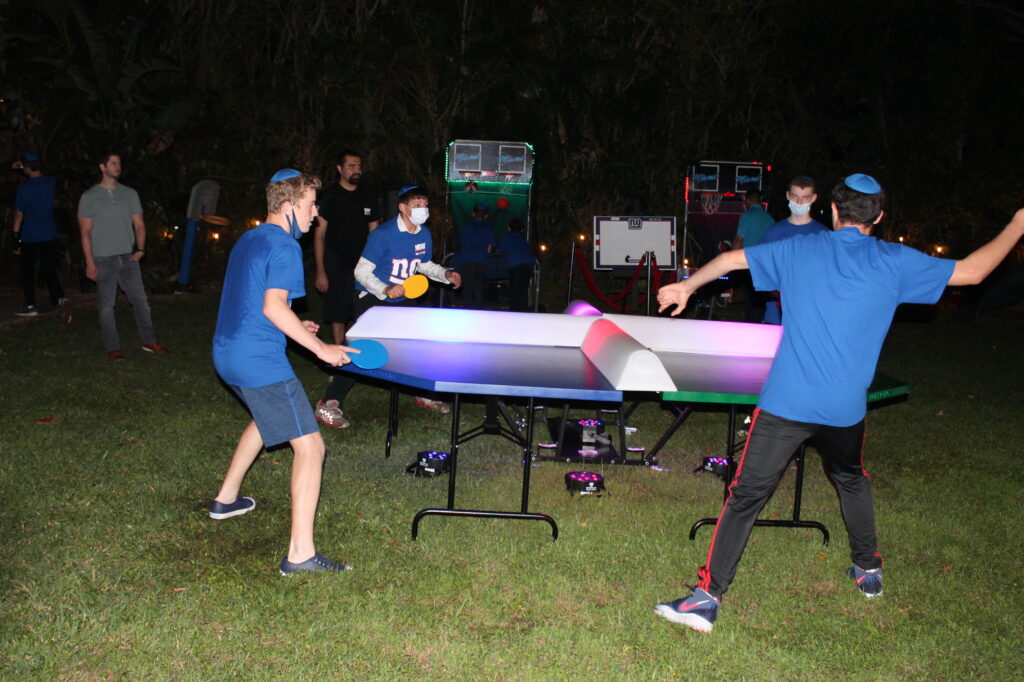 Fotoboyz first met Avi at The Cleveland Clinic. He is a Doctor in the Radiology Dept.

We put together a very successful holiday celebration in December for his entire department.

We are very pleased that when it came time to celebrate the BarMitzvah of Avi’s son Noam, Avi reached to us for ideas for all of his Bar Mitzvah Games.

Noam is a big NY Giants fan so that led us to go with a total sports themed party. Since the world is still recovering from the pandemic the event would be held outdoors in their backyard rather than a venue or the temple.

All the kids were given special Giants themed Jerseys with Noam’s logo embroidered on them.

We took over the entire backyard and transformed it into different gaming areas. We also added wireless multi colored uplighting to transform the backyard.

A wireless microphone, amp and speakers let our client play current Israeli Music without the need for a DJ.

Additionally, we used the microphone to announce a 32 player contest on the  pop-a-shot basketball games. We set up a tournament prize board that tracked the winners and moved them down to the Final 2 players. The winner took home a $50 Amazon Gift Card!!

This is a super cool way to keep the kids entertained and focused instead of running around getting into trouble.

Wack N Smash was a big hit (pun intended) This 4 player game lets teams of two player to battle each other. Each team is assigned a color. The object is to whack the colored discs to change the color from blue to red. Super fun!!

Some of Noam's Bar Mitzvah Games

So much cooler than traditional Air Hockey. Each player has their own goal. When a goal is scored that player’s score goes down. First one to zero loses. The other three players continue until we have a last man standing winner.

This classic arcade game can now be brought directly to any party. With lights and sound effects plus 2 players per lane this game is a big hit.

This is a new twist on traditional Ping Pong. The playing field is Pie shaped. Each of the 4 players take a section. The play action can go in any direction. You never know where to ball will end up next. Plus, we lit it up with colored LED lights. 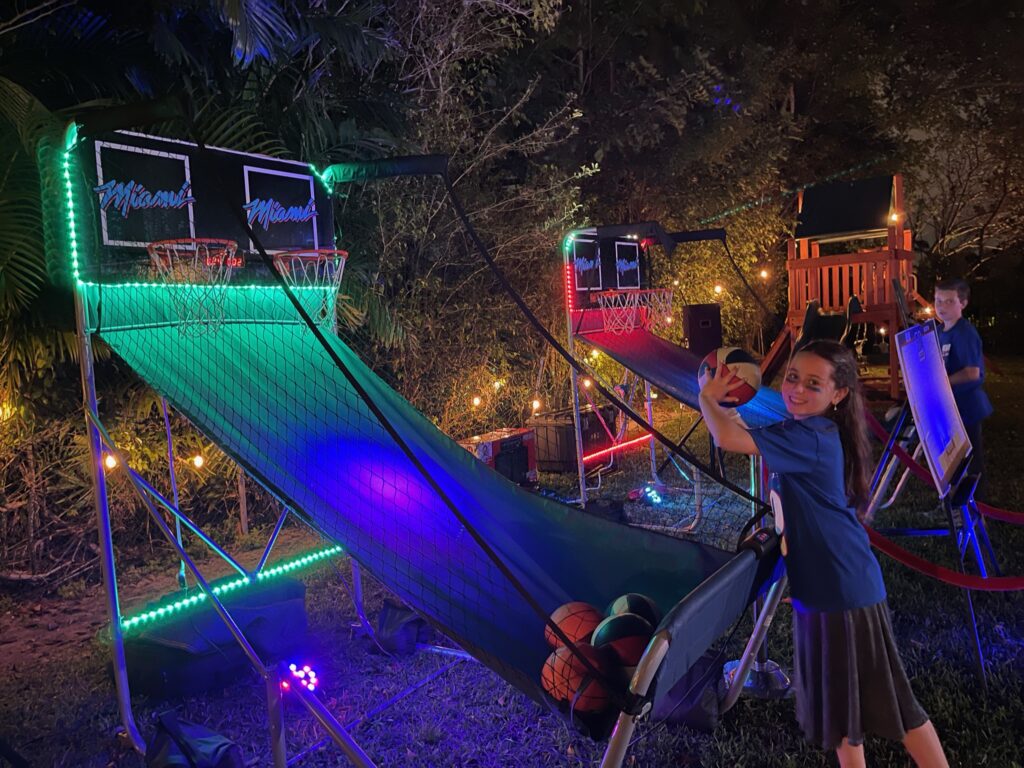 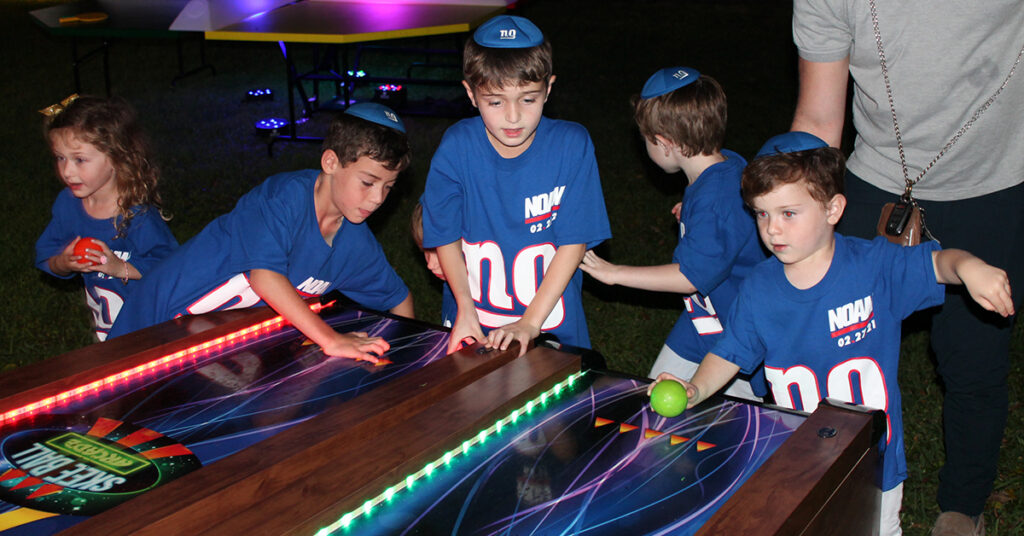 All in all the kids had a blast playing even the attending adults had a chance to jump in for some gaming action.

A Big Mazel Tov to Noam! 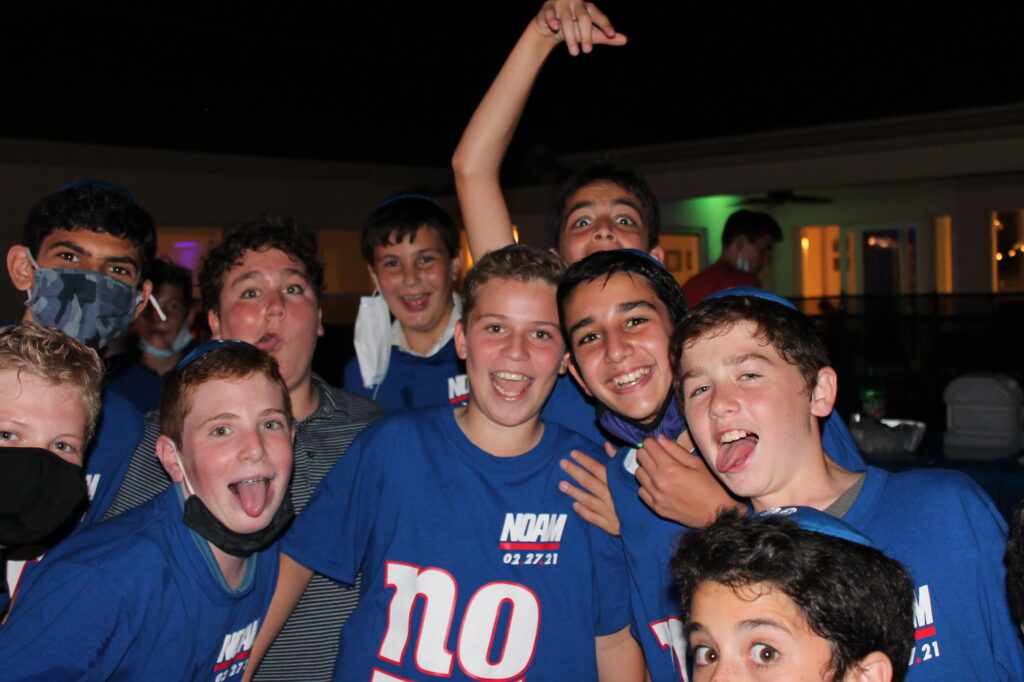