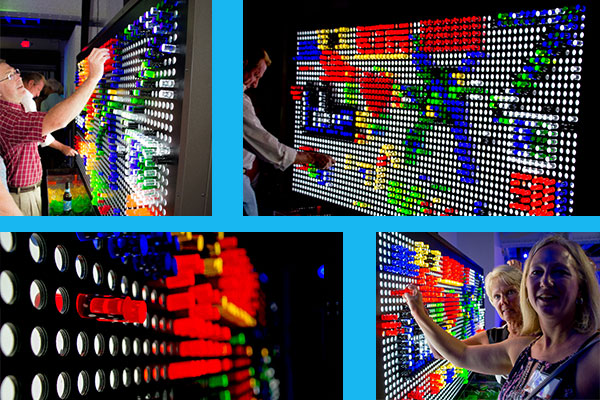 Giant Light Bright brings back the classic creative game in a whole new light! The back wall is lit from behind and attendees insert the giant pegs to create their own unique piece of Light Bright art!! 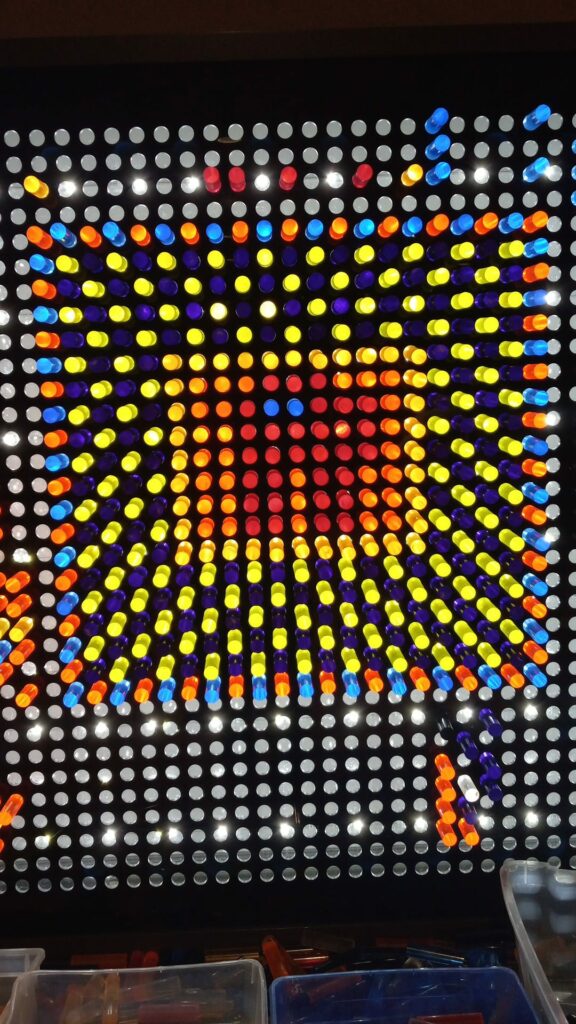 Lite-Brite is a toy that was originally marketed in 1967. It consists of a light box with small colored plastic pegs that fit into a panel and illuminate to create a lit picture, by either using one of the included templates or creating a “freeform” image on a blank sheet of black paper.

Over the years, Lite-Brite was offered in different forms including a flat-screen version, a 3D cube, and an FX edition that spins and plays music. The FX Edition is no longer on Hasbro’s website.

The Lite-Brite 3D cube (called the Four-Share Cube) is a LED-lit four-sided cube that allowed children to play with friends or save three of their designs.