Conference Photobooth at GenCon in Indianapolis, IN 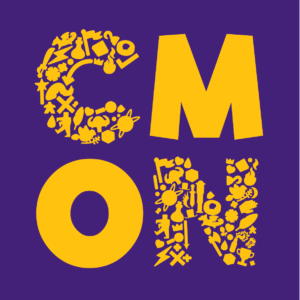 Fotoboyz is often tapped by businesses and companies looking for a unique and memorable way to promote their brand at tradeshows and other corporate events. This past August, at the GenCon conference in Indianapolis, Fotoboyz had the opportunity to work with Cool Mini Or Not, a very successful international board game manufacturer and distributor.

GenCon 2016 is the premier Fantasy Gamers convention in the US. Over the course of four days 50,000 people descended on the Indianapolis, IN Convention Center and basically take over the city. For the last 25 years GenCon has been the venue where all the big manufacturers release their new products to the public and, more importantly, to the game reviewers and bloggers.

CMON was showcasing a brand new board game called Unusual Suspects. The game’s object is for players to work as a team to figure out who committed a crime. Seven ‘suspects’ are drawn from a deck of playing cards. The players get to ask profiling type questions to work together and figure out who did it. 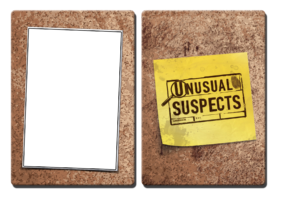 Fotoboyz created a special photo activation to not only promote the CMON brand and Unusual Suspects, but also added a super special element: You can actually become a Suspect. Attendees who bought the game were given the opportunity for us to take their picture LIVE at the CMON trade show booth and have it instantly printed on a blank playing card that was then inserted into their game’s deck of cards. This photo activation was customized from top to bottom, and the actual photo booth was wrapped with company graphics.

When we captured the guest photos, we even added a custom filter to make them look like a cartoon to match existing playing cards. Guests LOVED this!! They literally became a suspect in the game, and CMON was thrilled with the added excitement and buzz this provided.

Fotobooyz wanted to add an extra bonus, so we included Slo-Motion video option available with custom music related to the game. Since most of the attendees were dressed as their favorite gaming characters, they let loose and made incredible videos! The CMON tradeshow booth became a highlight of this huge conference with all the fun and unique options available from Fotoboyz activation. 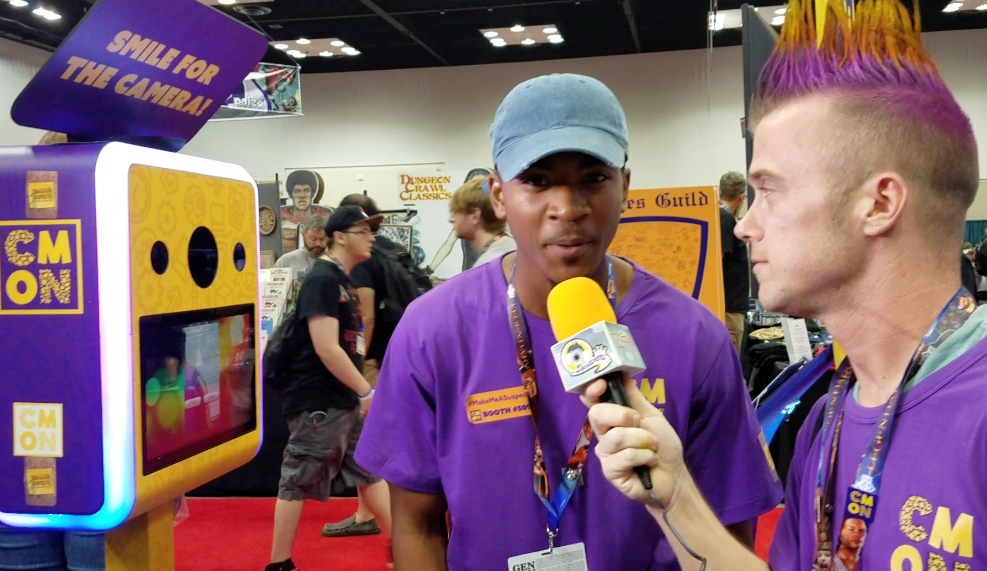 One of the most important elements of the set up was the social media sharing station.  When guests shared via the social media sharing station, their awesome photos and videos were immediately sent via all the major social media outlets. Besides creating a fun and instant way for guests to share their good time, the idea was to capture the attending fans’ email addresses for CMON to create a specific newsletter about this new game. Another cool feature was instant live posting to a special facebook page on CMON’s page which led directly to new likes and, more importantly, new views by potential CMON customers. We provided CMON all the analysis regarding shares and re-sharing in a clean and concise PDF report. 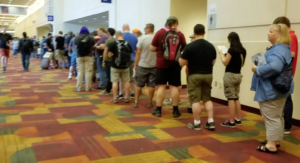 The event was so well received, with crowds literally lining up to be a part of the group, we are scheduled to repeat the activation Labor Day Weekend for 4 days at DragonCon 2016. Dragoncon is another Huge gathering in Atlanta, GA. CMON, can take advantage of all the custom items that are already made and inventoried by Fotoboyz to be used again and again at all future events!

You bring the guests, we bring the fun.
Call us at (888) 404-3130 or fill out the form below to discuss photo booth rental and event entertainment pricing and options.

Book today to add FUN and ENTERTAINMENT to your next event! 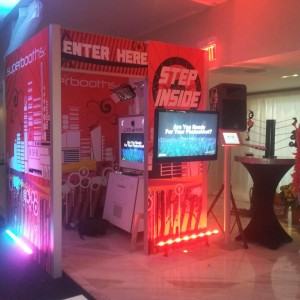