Take Your Event to the Next Level

This AMAZING experience puts guests in a race car, on a roller coaster, flying an airplane, and many other fun options! Safe set up so guests don’t jump off the platform in their excitement. 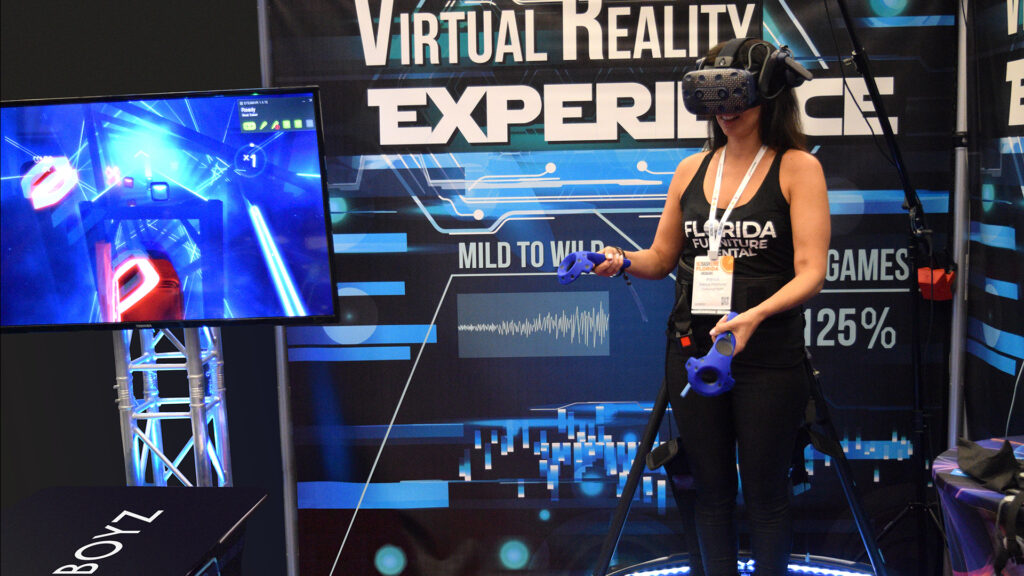 While immersive experiences (depending on the definition) have been around for decades, the actual term most people use to describe them is relatively new. The term “virtual reality” was conceived by Jaron Lanier in 1987, during an intense period of research around this form of technology.

Healthcare Is Big on Virtual Reality

From diagnostics to treatment to practicing complicated surgical procedures, healthcare institutions are incorporating virtual reality into many facets of the industry. By combining diagnostic images from CAT scans and ultrasounds, healthcare professionals can use software to create 3D virtual models. These models help surgeons decide the best locations for surgical incisions and prepare for surgery. VR therapy has broader therapeutic benefits, especially for people combating phobias, anxiety, and post-traumatic stress disorder (PTSD).

Virtual reality enthusiasts can’t point to a single person who is responsible for the creation of VR. Instead, many people contributed to the technology’s growth. There are at least five people who can lay significant claim to the title: Morton Heilig, Jaron Lanier, Douglas Engelbart, Ivan Sutherland, and Myron Krueger.